Sponsoring and Exhibiting at ESMATS 2021

As with previous ESMATS there will be opportunities to sponsor the event and for equipment suppliers / related organisations to have an exhibition stand. As a sponsor your company logo will appear on the esmats.eu website along with company and product / service details – an ideal opportunity to promote your company and its products / services to a uniquely targeted audience. If you would like to sponsor ESMATS2021 or are interested in exhibiting your products / services / company at ESMATS2021 please contact us at esmats@astronika.pl. We look forward to welcoming you to Warsaw in 2021.

The European Space Agency (ESA) is Europe’s gateway to space. Its mission is to shape the development of Europe’s space capability and ensure that investment in space continues to deliver benefits to the citizens of Europe and the world.

Formed in 1973, when a Ministerial Conference in the Hague approved a highly ambitious space programme to carry the European space effort into the new millennium. 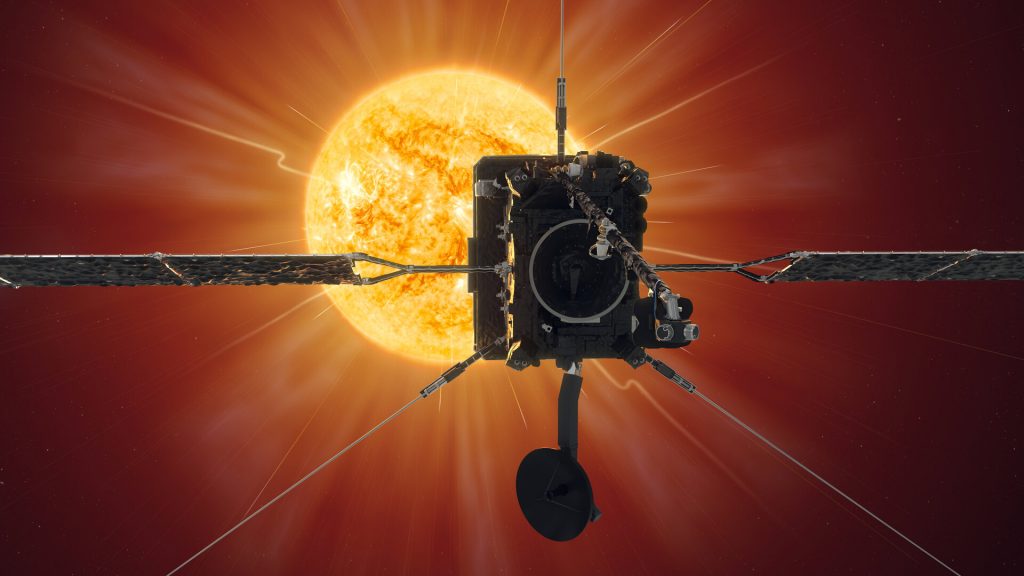 Since the last ESMATS, Ariane 5 successfully completed its 100th launch and has an order book stretching into 2022. BepiColombo, Metop-C, EDRS_C, CHEOPS and Solar Orbitor have all been successfully launched. XMM-Newton has successfully completed 20 years in orbit and continues to provide ground breaking science; its sister spacecraft INTEGRAL, launched in October 2002 is also still operational and SOHO launched in December 1995 is approaching its 25th anniversary of successful sun observation and comet spotting. The Cluster II satellites launched in the summer of 2000 are also still operational after 20 years in orbit.

ESA has 22 Member States; Austria, Belgium, Czech Republic, Denmark, Estonia, Finland, France, Germany, Greece, Hungary, Ireland, Italy, Luxembourg, The Netherlands, Norway, Poland, Portugal, Romania, Spain, Sweden, Switzerland and the United Kingdom. Further to the 22 Member States, Canada and Slovenia, based on their agreements with ESA, also qualify to fully participate in the programmes of the ESA Education Office. Seven other EU states have Cooperation Agreements with ESA: Bulgaria, Croatia, Cyprus, Latvia, Lithuania, Malta and Slovakia.
By coordinating the financial and intellectual resources of its members, ESA can undertake programmes and activities far beyond the scope of any single European country.

ESA develops the launchers, spacecraft and ground facilities needed to keep Europe at the forefront of global space activities.

Today, it launches satellites for Earth observation, navigation, telecommunications and astronomy, sends probes to the far reaches of the Solar System and cooperates in the human exploration of space.

ESA’s purpose shall be to provide for, and to promote, for exclusively peaceful purposes, cooperation among European States in space research and technology and their space applications, with a view to their being used for scientific purposes and for operational space applications systems: 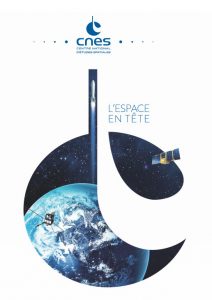 Since its inception in 1961, it has helped to make space an El Dorado for technology. From the first flights of Ariane 40 years ago to the recent landing of the MASCOT rover on asteroid Ryugu, CNES is conceiving, designing and developing innovative space solutions, as well as supporting the nation’s most prestigious missions, notably in the field of defence and in advancing science.

While sustaining Europe’s space effort remains a prime focus for the agency, its priority is to serve society.

CNES is constantly pioneering in its five fields of focus

—Ariane, Science, Earth observation, Telecommunications and Defence—and it is also the space agency that has established the most international partnership agreements. Its goal is to develop disruptive programmes and to innovate with cheaper and better solutions geared to the needs of tomorrow. By anticipating the challenges ahead, it is federating Europe’s space efforts and working closely with institutions, industry and scientists at the best research laboratories. 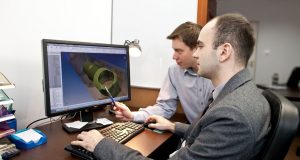 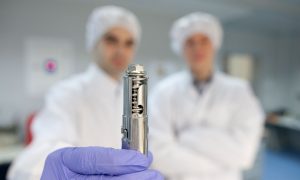 Astronika Sp. z o.o. was established in 2013 by a group of engineers hailing from the Space Mechatronics and Robotics Laboratory of the Space Research Centre of the Polish Academy of Sciences, where they were responsible for the development of space mechanisms as well as project coordination.

Astronika’s main field of operation is the design, manufacturing, integration and testing of mechanical devices and systems, with particular interest in novel solutions. While being an SME, Astronika is fully capable of handling a full project life cycle, and to ensure this capability the company constantly expands its manufacturing, laboratory and testing infrastructure, all the while maintaining an extensive network of product and service suppliers who guarantee the highest standards of performance. As of 2019, Astronika employs a staff of 40, and has just opened its own manufacturing workshop and an ISO-7 cleanroom.

The key products and services offered by Astronika are:

Astronika’s already participated in numerous projects carried out for space agencies and private companies, most notable of which include:

Kongsberg Defence&Aerospace (KDA) space activities were established in 1990 and covers:

The space group within KDA consist of a core group of about 50 employees with support of the Defence Systems large group of engineer and facilities including cleanrooms, TV chambers, shock and vibration and EMC chambers. Main marked segments are within launcher technology: 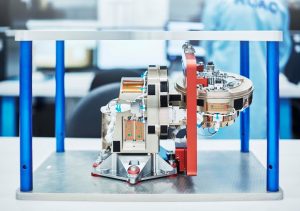 As the largest independent supplier of space technology in Europe, RUAG Space develops, manufactures and tests subsystems and equipment for satellites and launch vehicles for institutional and commercial space missions. RUAG Space is the leading supplier of products for the space industry in Europe, and with a growing presence in the United States. Experience, outstanding reliability, customer focus and a comprehensive, clearly structured product portfolio all make RUAG Space the partner of choice for manufacturers of satellites and launchers across the globe.

RUAG Space keeps things moving on board of satellites
Mechanism engineering and production is covered by three of RUAG Space’s thirteen sites: mainly by the one in Zurich, Switzerland – the headquarters of the company – but also by the sites in Vienna, Austria and Coswig in Germany.

RUAG Space is one of the major space mechanism suppliers worldwide. The products are particularly sought after for precise positioning and motion control within payload instrument mechatronics, solar generators, thrusters and antennas.

The company is specialized particularly in the field of pointing, deployment, high performance separation, payload mechanisms and robotics, qualifying as the only European supplier offering a full range of SADM (Solar Array Drive Mechanism) worldwide from the micro satellite class up to the largest telecom and Earth observation satellites.

RUAG Space Rotary Actuators are used for antenna deployment and pointing, solar array deployment and electric propulsion pointing. For deployments and separation, RUAG offers a broad range of mechanisms with a long history of success. For instance, RUAG Space developed the separation mechanism for the Cassini/Huygens mission as well as for ESA’s ExoMars mission. For ExoMars, RUAG also performed the testing of the Rover’s locomotion system, at Switzerland’s largest tiltable sandbox, perfectly simulating Martian surface characteristics.
RUAG Space offers pointing and positioning mechanisms and subsystems as well as mechanisms for electric propulsion pointing, which are increasingly used on commercial satellite platforms and scientific spacecraft due to their advantages in fuel mass efficiency. Next to products and subsystems, RUAG has a wide portfolio of building blocks such as rotary actuators, motors, dampers and hold-down-and-release mechanisms.

RUAG mechanisms on many missions
The primary deployment mechanism of the solar array for the Hubble Space Telescope, the SADA for the BepiColombo, the electrical propulsion pointing mechanism for SMART-1 and Artemis, the scan mechanism for the IASI Instrument and SADM on the MetOp satellites are examples of RUAG’s mechanism expertise. Also, NASA’s Orion MPCV mission will use RUAG mechanisms. The 2-Axis SADM for the wings of the European Service Module are developed, manufactured and tested in Zurich.

Beyond mechanisms: electronics and structures
RUAG Space’s portfolio further includes electronics and structures for both satellites and launch vehicles. For instance, RUAG Space supplies radiation-hard and fault-tolerant computers to ensure that rockets arrive in space safely and that the various systems on board satellites work together seamlessly, year after year. RUAG counts deliveries to the Ariane program in the hundreds. The company’s data handling systems and control computers for diverse satellite applications are trusted by numerous commercial and scientific missions.

RUAG Space products are chosen by all leading launch service providers. The company has equipped every Ariane rocket with payload fairings since the very first launch in 1979, and its composite structures feature on board the American Atlas rockets. Stage adapters from RUAG connect first and upper stage, or upper stage and spacecraft – with contribution to the American Space Launch System as the most recent mandate. 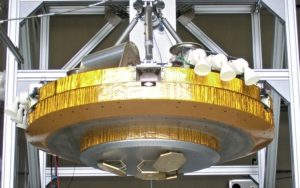 In Space, SENER has developed from its beginnings mechanisms and mechanical systems that cover almost all the needs of the Flight Segment. This is backed up with technical solvency, successfully proven on more than 60 satellites and spacecraft currently operating with SENER equipment on board. In fact, SENER has a major history of successful deliveries, with which it has achieved a reputation for quality and reliability in Space. In its 50 years, SENER has supplied over 275 equipment and systems for ESA, NASA, JAXA and Roskosmos’ missions without a single failure. The company has taken part in programmes such as the Hubble Space Telescope, Columbus, Envisat, Rosetta, Meteosat SG, Herschel and Planck, MetOp, Mars Science Laboratory, Gaia, Bepi Colombo and Sentinel 1, 2 and 3, as well as commercial missions such as Hispasat, Spainsat or XTAR-EUR. Currently it is working on Juice, Meteosat TG, Solar Orbiter, Euclid and Proba-3, among others. SENER was the first Spanish company to win a European Space Agency (then ESRO) tender, in 1967, to design and build the rocket targeting and launch tower in Kiruna (Sweden). 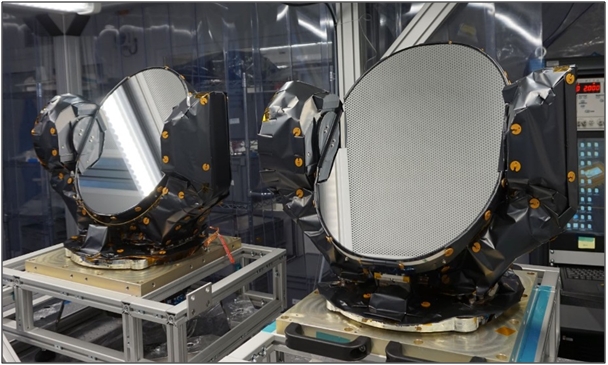 Products and areas of expertise

SENER takes part in most ESA space programmes as a recognised supplier of mechanisms, mechatronics and complex mechanical systems:

SENER human team has a wide range of engineering expertise areas that cover all major topics involved in our equipments and systems: •Mechanical design

Airbus is a global leader in aeronautics, space and related services. In 2018 it generated revenues of € 64 billion and employed a workforce of around 134,000. Airbus offers the most comprehensive range of passenger airliners. Airbus is also a European leader providing tanker, combat, transport and mission aircraft, as well as one of the world’s leading space companies. In helicopters, Airbus provides the most efficient civil and military rotorcraft solutions worldwide.

With more than 50 years of experience in designing and building mechanisms for space applications, Airbus Defence and Space continues to deliver the full scope of design, manufacture, qualification, recurring acceptance and delivery of mechanisms.

Since 2017, the CoC Mechanisms (Centre of Competence) brings together all mechanism development activities within the various Airbus Defence and Space sites, creating a transnational team of more than 80 staff members across Germany (Friedrichshafen and Bremen), France (Toulouse) and the UK (Stevenage).

With access to the wider Airbus Defence and Space facilities, organisation and resources, the CoC Mechanisms’ experienced team provides mechanisms customers with: 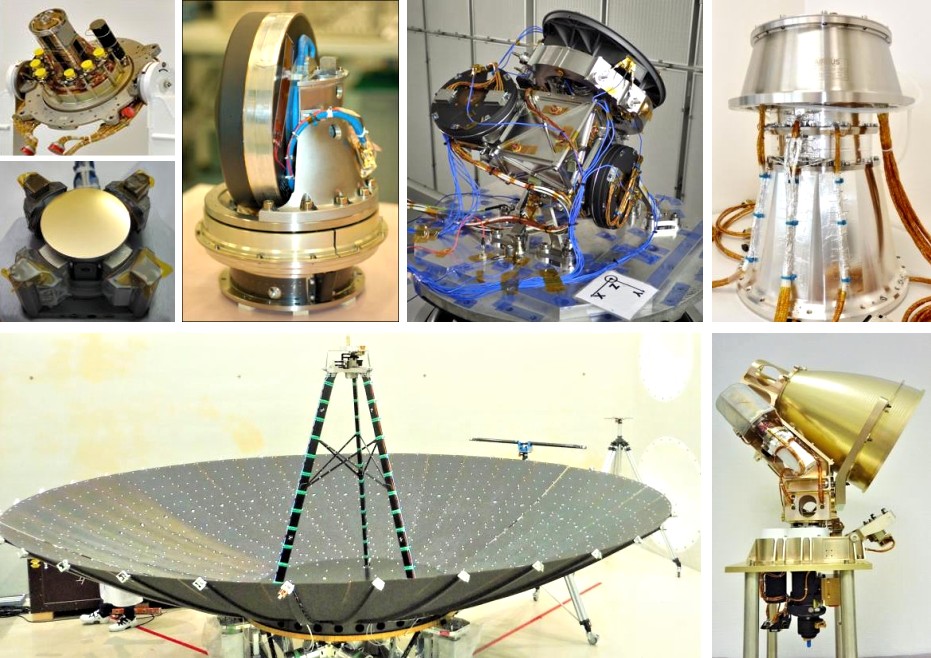 The CoC Mechanisms has supported Airbus Prime missions with mechanisms ranging from Scanners for ICI, MWI, MWS and METimage instruments onboard MetOp SG satellites to SADM and Antenna Deployment and Trimming for E2000, E3000 and OneSat Platforms or Refocusing Mechanisms for Spot satellites.

As a result of this extensive experience in supplying equipment to communication, scientific and test spacecraft for governments, agencies and telecommunication companies around the globe, the CoC Mechanisms has developed a range of products that being modular in design can be  readily modified to meet individual mission requirements. The portfolio includes the following mechanisms:

The 45th AMS Mechanisms Symposium has been cancelled due to ongoing safety concerns relating to the Covid-19 pandemic. 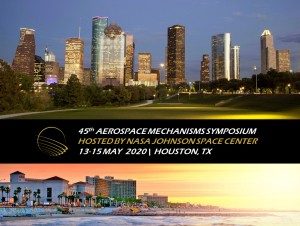 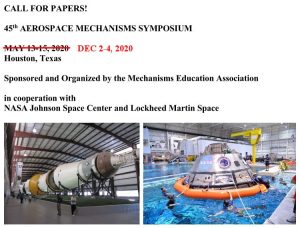